In Uzbekistan marketing activities of museums and theaters will be developed. 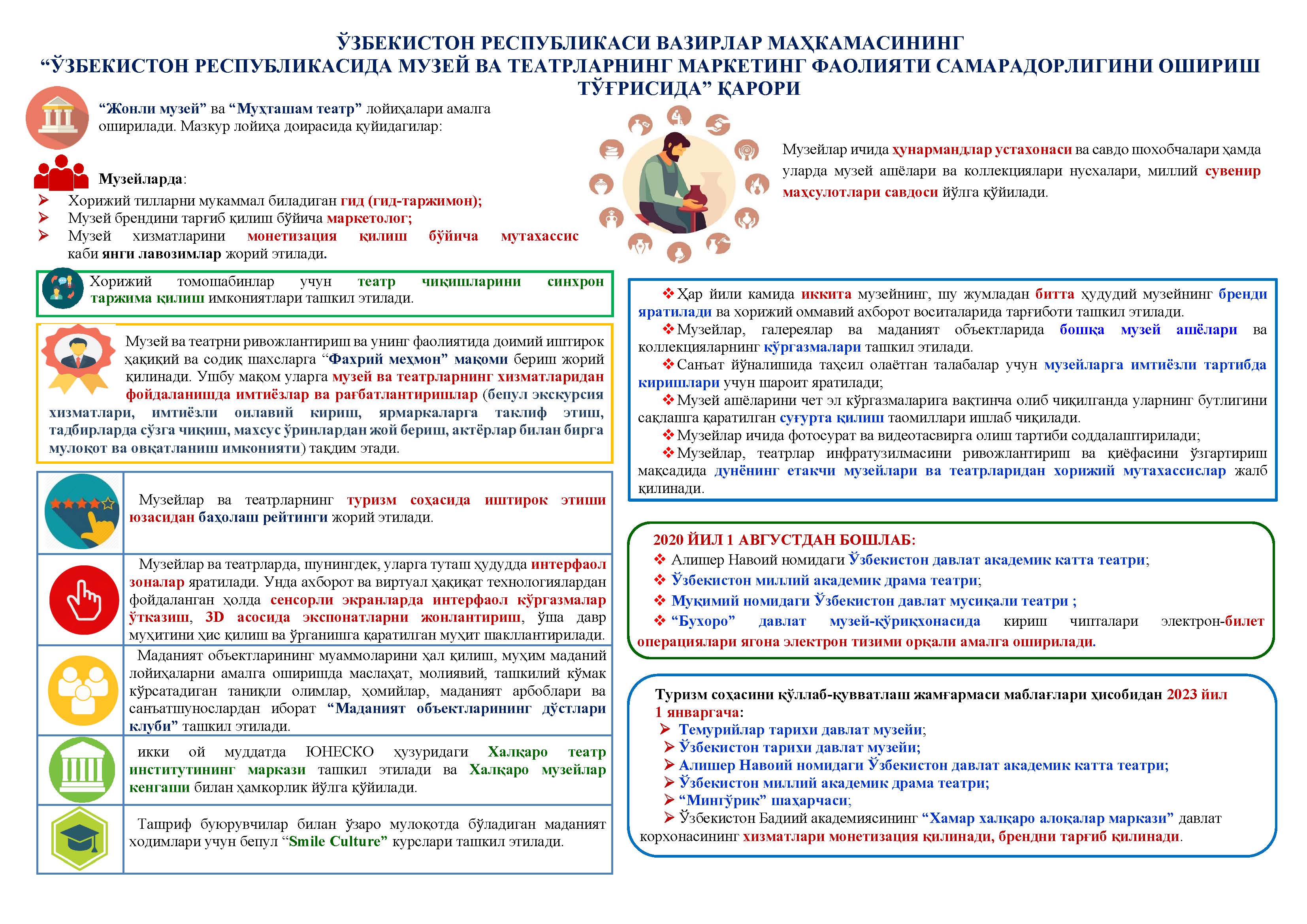 Uzbekistan is one of the few countries in Central Asia it just amazes the architectural monuments but also unique museums and theaters, which incidentally, are many years old. But in order to support the main cultural objects, the state creates a package of various measures, among which the marketing promotion and monetization of these cultural objects is of particular importance.

Starting from this year in Uzbekistan, new projects are being developed, the Living Museum and the Magnificent Theater, which are designed to combine all the museums and theaters of the country into a single system of monetization of services.

In accordance with these Ministry of Culture and the State Committee of the Republic of Uzbekistan for the Development of Tourism, interactive search zones are being created in some museums and theaters of the country, a unique system of simultaneous translation of actor’s speech for foreign tourists, and electronic monitor displays with text translations are being introduced.

The positions of guide-translators, marketers and specialists in the monetization of the services of theaters and museums are being introduced at these facilities.

The importance of these projects is the digitalization of cultural services, which includes the development of museums sites, QR codes, mobile applications, the placement of various information about cultural sites at airports, train stations, aircraft and trains, in public places, advertising facilities and kiosks.

It is also planned to introduce a unified electronic system of operations for the acquisition of electronic tickets at cultural sites using blockchain technology. Since August 2020, this system will be used at the State Academic Bolshoi Theater. Alisher Navoi, Uzbek National Academic Drama Theater, Uzbek State Musical Theater named after Mukimi of Bukhara State Museum-Reserve.

Until January 1st  2020, it is planned to implement projects to monetize and promote the services of the State Museum of the History of Timurids, the State Museum of History of Uzbekistan, the State Academic Bolshoi Theater named after Alisher Navoi, the National Academic and Drama Theater of Uzbekistan, “The Mingurik Museum” and the Center for International Relations at the Academy of art.